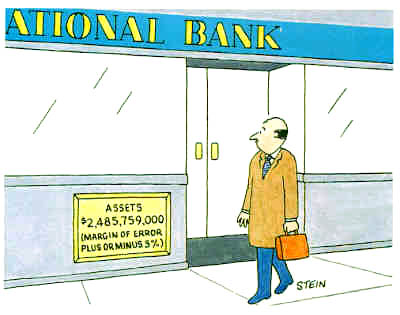 CAPTION: “Are we in complete agreement, then?”

Nothing much to say about this fine publication, except that I was sorry when it folded in 2000. 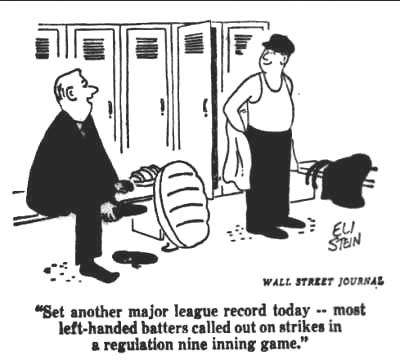 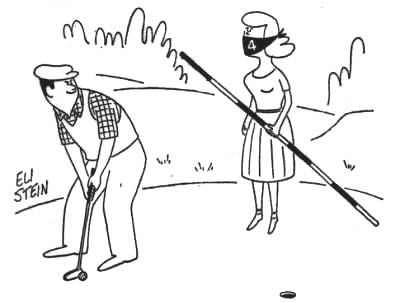 I believe The National Observer was a Dow-Jones publication that didn't last too long. And I'm also pretty sure that Charles Preston, the editor of The Wall Street Journal's “Pepper . . . and Salt” cartoons for over fifty years (and still going), also handled the cartoons for this publication. 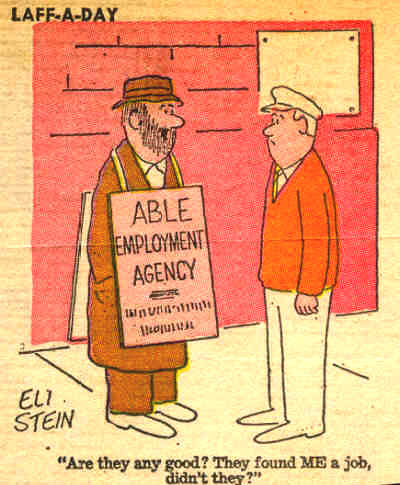 CAPTION: “Are they any good? They found ME a job, didn't they?”

Laff-A Day, the daily panel syndicated by King Features, was another market that for a long time had a popular cartoonist as Cartoon Editor — in this case, Bob Schroeter. I don't know if he bought this one, in 1967, but I was always doubly pleased when another cartoonist who I respected OK'd my work. 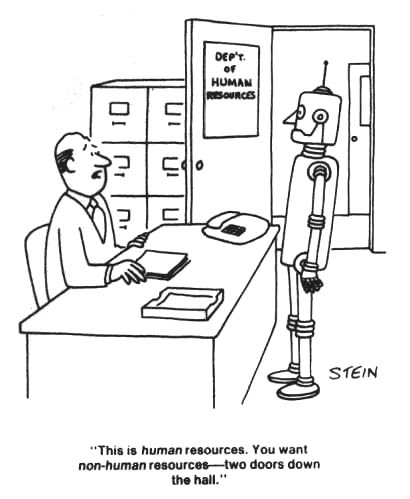 I got involved pretty early when this Dow-Jones publication was launched. NBEW only printed one cartoon per weekly issue. Their editorial offices were in Princeton, New Jersey, so I didn't have any personal contact, except occasionally by phone. The first editor, Ellen Kolton, LOVED my cartoons and puchased them like they were going out of style, sometimes as many as five at a time. Of course, we cartoonists realize that this sort of thing can't possibly last, and sure enough Ellen eventually left NBEW to work for INC. magazine (which has never published cartoons, by the way). I was so devastated that I called her at INC., at their Massachusetts office, and jokingly pleaded with her to get back to NBEW, or at least convince INC. to start using cartoons. I still remember one of her kindly comments to me over the phone: "Y'know, The New Yorker publishes cartoons, too!"

Anyway, and inevitably, her replacement wasn't so enthusiastic about my work, but still kept buying at a decent pace, out of habit, I imagine. Then more editors came and went, and each one seemed even less enthusiastic. Sales came fewer and farther apart, until the publication folded in 1999. According to my records, NBEW printed 113 of my cartoons, which I consider a pretty good run.

Aside: For a while there, it seemed like there was a contest between me and New Yorker cartoonist Tom Cheney as to who would be the principal cartoonist at NBEW. In the end, Cheney won out easily. The late Henry Martin, another New Yorker cartoonist, also appeared regularly. When a small paperback of the best cartoons from NBEW was printed, I had six cartoons included, and Cheney had about ten times as many.

Cartoon Editors should never change jobs — unless they're not buying my cartoons, of course! 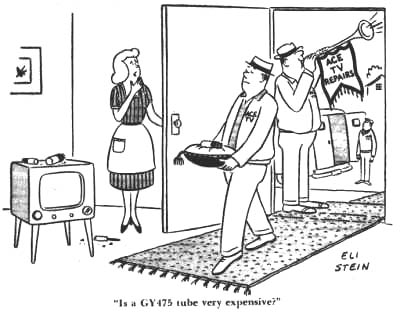 Another one sold to Bill McIntyre at TRUE magazine. TRUE was one of the regular in-person stops on Wednesday in Manhattan — “Look Day” for the local cartoonists. “Look Day” at The New Yorker right now is Tuesday — go figure. 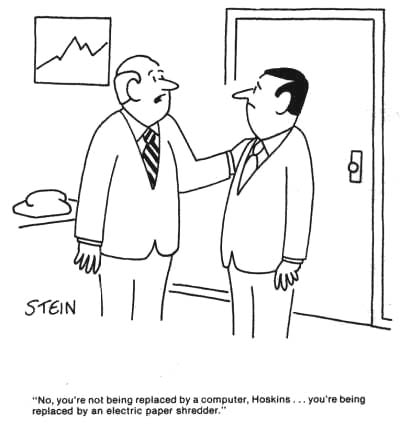 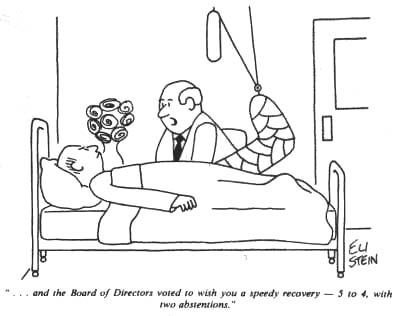 CAPTION: “. . . and the Board of Directors voted to wish you a speedy recovery — 5 to 4, with two abstentions.” 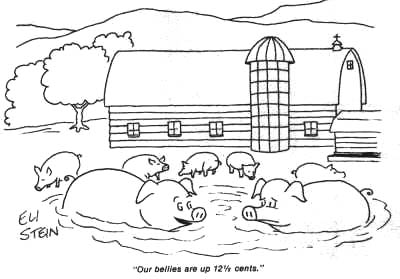 Stock Market was publishing quite a few of my cartoons at one time. In fact, for a while I even had a featured by-line, under the title “The Bottom Line”. The magazine folded, and that was the end of that.